A Walk on the Wild Side

The big day arrived for me to head to our family reunion down at Millersylvania State Park in Olympia.  The family chose this new location as it split the distance between Portland and Port Townsend for various family members. I was ecstatic about enjoying a long visit with the family who I rarely see.

Since the younger family members love to camp, the park is filled with approximately 250 secluded camp sites surrounded by a forest of enormous Western Fir and Cedar trees, 8.6 miles of trails for hiking and biking, and an ice, cold lake for the kids to rollick in.  Heck, the families’ dogs ecstatically sniffed the large, leafy shrubs surrounding the camp site. The park even supplied amenities for us elder people like an outside beer garden and a sandwich bar, not far from the lake.

The weekend in July that we decided to meet was glorious, yet the trees were so tall and thick that I nearly couldn’t see the sky or the sun. The shade made our sunny day quite dark and cool. Then with a name like Millersylvania I kept wondering if I would run into Werewolves, Frankenstein, Dracula, or vampires out there in the dark woods.

Since the reunion was set for a weekend, the younger family members arrived a day or two early to throw their tents up in order to enjoy being out in the wilderness. The forestry was so dense that you couldn’t see the tents on the sites surrounding you. Fortunately the family members had the opportunity to wander around and become acquainted with the area without getting lost while exploring the trails around the park, unlike me as I was only visiting for a few hours on Saturday.

When I arrived the kids were off exploring and hiking around the area, but one of the cousins remained at the campsite as he had been feeling ill, so I sat on a log to chat with him until the remainder of the family returned.  As the family finally showed up at the Group Camp site I enjoyed receiving hugs and chatting with everyone.  Holy Smokes the grandkids had grown and our eldest is now 6’5”.  The consensus among the young people was that after lunch they wanted to head to the lake to canoe and swim. The older family members were heading to the beer garden and sandwich bar… except me as I wanted time to visit with my kids and my grandkids.

After gobbling down lunch, we took a circuitous route to the lake and the other family members split off heading for the beer and sandwich garden.  When we arrived at the lake the children promptly jumped in splashing around in the cold lake. Water fights pursued as well as some of the kids relaxing on the water mattresses. 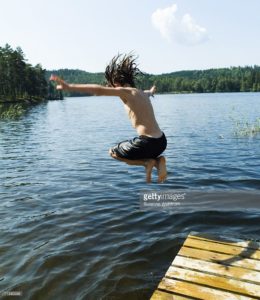 Some of the teenagers took off in a canoe, while others grabbed a paddle board, and a pedal boat that you pedaled like a bicycle.  I sat on the shore chatting with my son and my daughter as they played with their small kids in the water. After a long visit, I decided it would be fun to gossip with the cousins that had headed to the beer and sandwich garden.  I didn’t want to walk the circuitous route back as I felt that I had a straight shot through the woods and campsites, so I would connect with the cousins that way. I shouldn’t have any problems finding my way back, right?  Since my son had his hands full with his three year old daughter and his one year old son, I decided I would take Leo, my son’s dog back with me.  Now, Leo is not exactly a tiny little lap dog.  He is a combination of Rottweiler, American Bulldog, and Boxer, so he is a feisty 100 plus pounds of determination with a mind of his own!

Because my son had rescued Leo from a shelter when Leo was approximately a year old, Leo is extremely attached to my son and his family as Leo is now nearly six years old.  Since I don’t see the kids very often, Leo does not know me very well, so Leo was concerned about being away from his family.  Needless to say Leo often would express a desire to go in a different direction.  Ever have a tug of war with over a 100 pound dog? 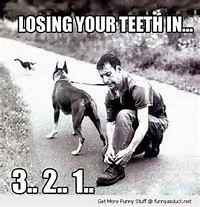 Ok, now the fun part here is that I assumed that the sandwich bar was not that far away, especially if I attempted a “straight” shot through the woods.  Now, I do LOVE walking, but it has been a long time since I have wandered through a wooded area.  I had forgotten about tree roots and the mounds of earth, so I was bouncing around like a buggy going over a rocky road.  Oh yes, and Leo periodically yanked me in the opposite direction, “I want to go THAT way, and NOT your way!” so I had to convince Leo that I was ruler.  After pulling on Leo, I’m now convinced that my right arm is about two feet longer than my left arm. Then after about an hour of walking through the trees and around various campsites, Leo and I STILL had NOT found our campsite OR the sandwich bar.  So much for that “straight, easy shot” back. 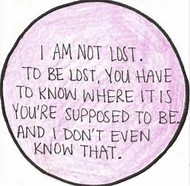 Consequently, I started stopping at campsites asking for directions but the other campers were as unsure of their way around the park as I was, so I was sent in a variety of directions, none of which helped me find my destination.  One woman was kind enough to even give me a map of the State Park, but it did NOT have an “X” marking the spot saying “You are HERE!”  I would have LOVED to have owned one of those Life Alert buttons so I could press it and say, “I’m LOST and can’t find home!” 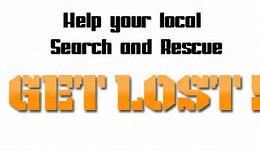 After yo-yoing back and forth, I’m convinced that I explored all 8.6 miles around the State Park and I was singing “Round and round we go, where we stop, nobody knows!”  I finally pulled out my cell phone and called my daughter.  “Hi Hon, I’m LOST, will you come find me?”  I looked up as my daughter leisurely strolled around the corner saying, “We are right over here, mom.”  I can’t tell you how many times I must have walked past the area close to where the family camp site was located but didn’t see them.  But after an hour and a half I felt like I had been drawn and quartered, from Leo’s yanking on his leash and my bouncing and stumbling over tree roots.  I now know about walking on the Wild Side! The worst part is that since I had two hours to drive home, I only had about 15 minutes for my “long” talk with the cousins.

I can promise you that when I arrived home, I was VERY sore, but after taking a couple of Tylenol and rubbing Arnicare Gel all over my body, I definitely did sleep well that night. 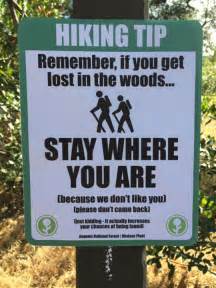 7 Responses to A Walk on the Wild Side