An Abbott and Costello Evening

An Abbott and Costello Evening

“I came… I saw…I decided to order take out!”  Unknown 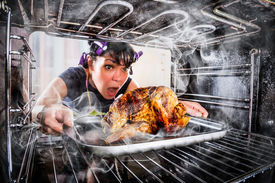 Friday afternoon the creativity bug bit me!  I decided to make the super delicious Chicken Pot Pie recipe that my daughter gave me.  I pulled out all the ingredients: chicken, potatoes, mushrooms, broccoli, carrots, peas, celery, chard, onion, and started sautéing away.  Heck, I even rolled out a crust for the top and the bottom of the dish.  It even calls for some cream, thyme, and sherry… YUM!  I spent all afternoon throwing ingredients into the pot pie as it only takes 30 minutes to bake.  I even had leftover dough to make a sugar and cinnamon pastry for dessert.

I threw the potpie and the pastry into the oven, closed the door, and set the timer.  About ten minutes after I closed the oven door, I heard a sharp click.  Lights started to light up on the oven’s control panel and I KNEW that my oven had just automatically popped into the self-clean mode. I yelled at my husband to flip the power breaker as I scrambled to fan the smoke alarm that is now screaming at us as the steam poured out of the stove’s burners.  Since the auto-clean had not been going for long, I thought and hoped that I could easily pull my meal out of the oven before it overcooked. 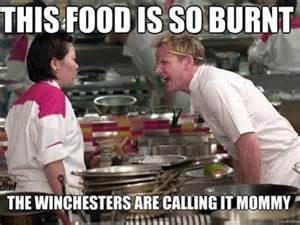 We waited for a while, until the oven was cool then flipped the power breaker back on.  I didn’t receive any crazy messages on my panel, so I thought all was fixed… UNTIL I went to open the oven door and noticed the red glow shining through the glass door. Hmmm, what is that glow? Next, steam billowed out of the burners on top of the stove.  The smoke detector is NOW screaming at the top of it’s lungs at me.  I’m jumping up and down fanning the detector while I cussed at it.  I screamed at my husband to flip the breaker again.  But even after he finally reached the breaker in the garage, the smoke continued to stream out of the stove.  I’m yelling at my husband to pull out our floor fan as the fan on the oven is insufficient to stop the boisterous smoke detector.  One problem-my husband doesn’t know how my fan works so he can’t figure out how to turn it on. I convince him… OK, I yank my husband over to the ceiling smoke detector to fan it with a hot pad while I set up the floor fan. 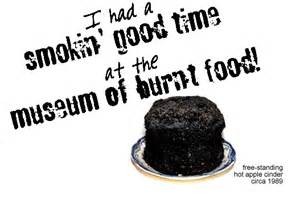 I’m screaming orders, the smoke detector is yelling back at us, and smoke fills the house.  The house now looks like a haze-filled haunted house just waiting for a ghoul to jump out at us, and my husband and I are Abbott and Costello reincarnate as we fall over one another!

Now, keep in mind that this is the third time this oven decided on its’ own to move into self-clean when I had dinner in the oven.  Now WHAT is this oven trying to tell me?  I actually thought I was a pretty good cook! The first time the oven flipped into self-clean the power had flicked due to a wind storm, but we were eventually able to open the door and rescue my salmon, albeit a tad bit overcooked.  Then two weeks ago, I had just finished cooking a pizza and the oven went into self-clean.  Fortunately I had pulled the pizza out BEFORE it was cremated.  I did notice the next morning that the oven was much cleaner.

Friday, this time when the excitement took place it was slightly after 5:00.  I called the property manager.  The first number I called I received a recording.  The second number I called connected to a live person… as if that did me any good.  The response I received was… “Well, after all it IS Friday night after 5:00 all the appliance places will be closed.”  (I think it was more that she wanted to go home and didn’t care about my cremated dinner… still locked in the oven.)

Saturday morning, my husband went on-line to find out how to unlock the oven and it worked.  Oh MY!!  My pastry looked like a charcoal briquette.  It immediately vanished into the garbage can.  However, my pot pie is in a 9’ x 13” pan.  How do I throw all this food away?  I scraped at the crust and discovered it could be peeled off.  So the crust visited the pastry in the garbage can while we put the pot pie in the refrigerator.  Then I managed to connect with the property manager as she assured me that she called five appliance companies and that NONE of them were open… Yeah Right! 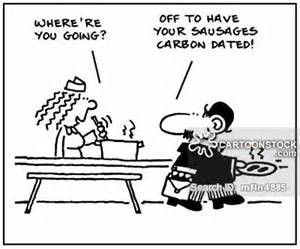 Now Monday morning with an oven and stove that don’t work, I heard from an appliance company that they would have someone come out on Tuesday.  The question of the day is… Will they be able to fix the oven OR will the oven have to be replaced?  How much longer will we be without an oven and stove?  Don’t you LOVE caring property managers?  Ok, she did save the owner of the house a few dollars… but WHAT about us???

19 Responses to An Abbott and Costello Evening