Ever have those nights when you can’t sleep?  Your body aches, your brain won’t stop whirling, you toss and turn, and finally you decide to get up to eat or drink something so you can go back to sleep.

Well, I had one of those nights so I climbed out of bed about 1:00 in the morning stumbling into the kitchen to go drink some almond milk and take a Tylenol.  Since the dishes in the dishwasher were clean I decided to put them away too.  We have a couple of sets of old plates, and one set is missing a plate as it broke years ago, so we only have three plates of that set.  But, when I went to put the plates away my set of three was down to two, a plate was missing.  Now WHERE could it be?

My husband sometimes misplaces things, or maybe he had left his sandwich on it and put it in the refrigerator.  Nope, I checked the refrigerator it wasn’t there.  I checked the other cabinets and drawers.  I could NOT find that missing plate.  Hmmm, maybe my husband broke it accidentally and forgot to tell me.  Ok, so I’ll ask hubby in the morning to see what happened to the plate. 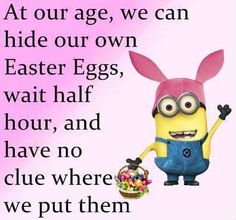 The next morning, as my husband quietly sat and drank his coffee, I asked him what happened to the missing plate.  He said that he was going to put his sandwich on the plate, but decided the plate was too big.  He indicated that he put the plate away.  “Ok, if you put the plate away, why can’t I find it?”  I checked under the sofa, as sometimes when he finishes his meals he puts the plate on the floor. It could slide under a piece of furniture. Maybe it accidentally ended up under a chair or something… NOPE! 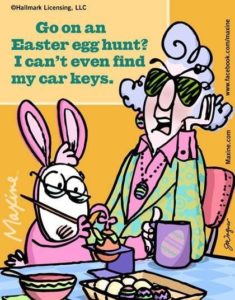 By now, I’m about ready to pull my hair out.  At this point, Hubby gets up to heat his oatmeal in the microwave.  He opens the microwave and THERE is the missing plate with his lunch meat, and melted cheese on it.  This means that when he made his lunch the day before, he had toasted his bread and added the extras:  mayonnaise, lettuce, and pickles.  But this is when he decided to use a smaller plate.  He was also engrossed watching the news.  Hubby threw his sandwich together, cut up an apple, and grabbed a couple of chips and sat down to eat his lunch.  He had TOTALLY forgotten to add the important lunch meats and melted cheese to his sandwich.  It NEVER occurred to him that he had forgotten the main part of his sandwich while eating it.  See what happens when you grow old!

Oh well, at least we found the missing plate!

After 20 years of sales and marketing experience in the fields of real estate, high tech, and corporate travel, Gwynn has moved on to the career of “Grandma.” When not teaching her granddaughters an extensive vocabulary of “alley-oop-boop, ups-a-daisy, cowabunga or bummer”, Gwynn can be found hunting for mentors for the Kitsap Youth Mentoring Consortium, or chasing her fantasies on her treadmill. Gwynn currently freelances for magazines.
View all posts by Gwynn Rogers →
This entry was posted in Caregiving. Bookmark the permalink.