How Do We Deal with Change; Or Do We? 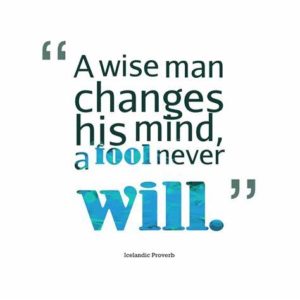 “Only the fairy tale equates changelessness with happiness… Permanence means paralysis and death.  Only in movement, with all its pain, is life.”  Jacob Burckhardt

“Nothing is stable. Nothing absolute.  All is fluid and changeable.  There is an endless “becoming.”     Benjamin N. Cardozon

Webster’s Dictionary defines “Change to alter or make different; to put one thing for another; to shift; to quit one state for another; to exchange, to become different; alteration; that which makes for variety; a child left in place of another taken by the fairies.”

Ahhh, a fairy tale, where everything is happy and never changes.  I grew up with so many fairy tales, I assumed life would be just like Sleeping Beauty’s or Cinderella’s life. Then life changes, my story changes, my ideas change, and I don’t know which direction to head. How do I deal with change?

I feel like my life has been Photoshopped as I morphed from one figure to another without even realizing it. How did this happen?  I thought I would grow up in the wilds of Kirkland, but I had no idea of what I would do when I grew up.  Then change happened!  We moved to a new state, a new culture, and new people in my life – I can’t call them friends as we never connected.  Then we moved again, more and different schools.  I drew further and further into myself.  I tried very hard to become invisible, as I didn’t know what to do to fit in and I always felt like a freak, especially since I am tall. I was afraid to talk to people. 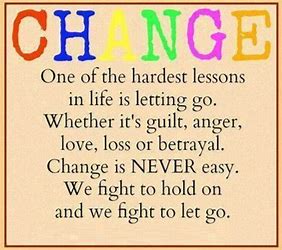 Most of my life I have been independent as I didn’t know how to connect with people.  So now, here I am in my 60’s.  I have a bad back, so my Physical Therapist recommended I walk for exercise.  I started walking a route that was a teeny bit like a roller coaster ride.  I was walking up and down mini hills.  I was bored as there was nothing exciting to look at and no people to say “hi” to on my walk.  But my back decided I needed a new route to walk as it would constantly go out as I reached the end of the street, and then I had to figure out how to get back to my car.  Did I crawl or call 911 or what?  So, my Physical Therapist recommended a flat route for me to walk.  The route we picked for me to walk was circular, so I could park in a convenient location should my back go out.  I walk along the Poulsbo waterfront, walk up a few stairs to the town and walk back toward the waterfront.  Along the route I periodically would see people to say “hi” to.  Plus, lots of people walked their dogs, so they let me pet their dogs.  I was in Seventh Heaven!  I figured I would be alone most of my walks, but I could enjoy the greenish/blue of the bay, and the crystal-clear sky as the Bald Eagles, Osprey, Heron, and Seagulls flew over my head.  I started walking my laps around Poulsbo five times daily.  Periodically, I would hear “I JUST saw your twin sister go ‘that way.’  We would laugh, and I might reply “I wondered where she went!”

Day after day for nine years I walked my circles around Poulsbo and slowly I would meet more people and repeatedly run into the same people, so we would say “hi” to one another.  I would pet their dogs too.  Gradually, my old self who tried to be invisible became visible, open, and friendly.  People in the shops would wave at me.  People driving by in their cars would honk and wave at me.  What in the world happened to the quiet, shy Gwynn?  Plus, I would be shopping away from Poulsbo at Costco or Trader Joe’s and strangers would come up to me saying, “I see you walking in Poulsbo all of the time!”  Now, I talk to strangers and some of the homeless people.  Nearly everyone knows me now.

But change still occurs as some of my Poulsbo friends move or pass away.  Plus, old buildings that have been vacant for years are being renovated and even the construction workers say “hi.”  I’m learning that change is constant, and the exciting part is that I AM dealing with it.  The old Me is now a changed new Me.  Or maybe I should say the young me is NOW old, but I’m having way more fun.  Change is good after all! 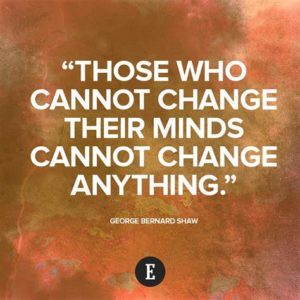 6 Responses to How Do We Deal with Change; Or Do We?