“Remember, remember always, that all of us you and I especially are descended from immigrants and revolutionists.”   Franklin D. Roosevelt 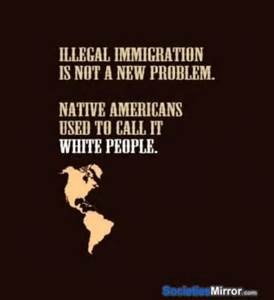 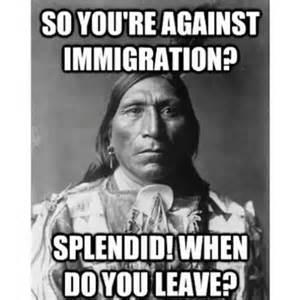 The issue of immigration seems hypocritical, funny, sad, and frustrating.  Before you ruffle your feathers, I would like to ask… have you ever done your family genealogy?  Pulling out my dictionary, I flipped the pages to “Genealogy: an account of the descent of a person, family, or group from an ancestor or from older forms.” “Ancestry: honorable, noble, or aristocratic descent.” “Emigrate: to leave one’s place of abode or country for life or residence elsewhere.” “Immigrate: to come into a country of which one is not a native for permanent residence.” 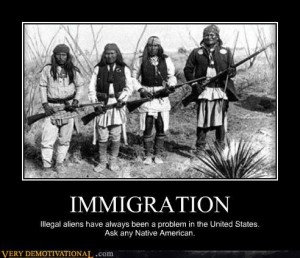 Why do I provide these definitions, because my mother’s German paternal ancestors emigrated to America from Duederode, Germany in 1753 landing in Philadelphia via the ship Leathley along with other passengers from Switzerland, The Netherlands, France, and Germany.  My ancestor’s first wife bore him eight children and unfortunately she died in route to America.  Later after arriving in American, my ancestor remarried and his new wife bore him an additional seven children.  This means that I have fifteen lines of family relatives living here in the United States.  Over the years, my family worked hard at building homes, settling, farming, and a variety of other occupations with the desire to prosper and to help develop this country. 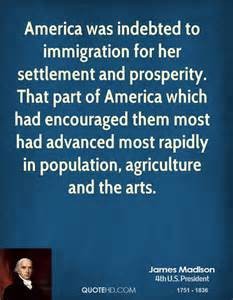 During the 1700s Philadelphia was worried about being overrun by Germans as in one month five ships arrived with over 300 German immigrants.  Even Benjamin Franklin was concerned about the number of German speaking people in Philadelphia.  Would our official language become German?  Consequently, all German men over the age of 16 had to sign a statement agreeing to the laws and the language of Philadelphia.

Over these many years, my extended family includes Herbert Hoover, the former President of the United States, and Bill Bixby, the actor best known for the role of the Incredible Hulk. Additionally, my great grandfather joined the army and fought in Indian wars and in the Civil War.  Eventually, he moved to California, married, had four children, and became a Superior Court Judge for the State of California while helping to establish the city of San Francisco. Recently, a Facebook page was created for my extended family members.  We have teachers, policeman, housewives, realtors, newspaper owners, farmers, and many more professions in our family.  See immigrants can benefit our country. 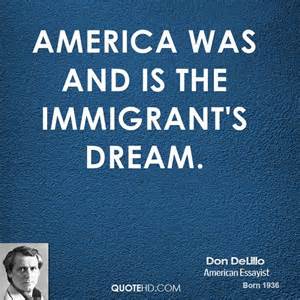 I am proud to be the product of an immigrant.

But, there is more history.  My dad’s grandparents emigrated from Conwy, Wales in the 1800s.  Sadly, I don’t know much about dad’s side of the family other than they helped develop Bellingham and Sumas, Washington. So both sides of my family came from other countries with the desire to leave persecution with the hope to build a better life.

My in-laws came from Norway, Denmark, and Ireland.  My friends’ families emigrated from Portugal, Scotland, Germany, Russia, England, and Israel.  I see America as a melting pot, formed by peoples from many countries.  Our families all brought some form of expertise to share in helping to build our country, America…home of the brave and the free.

This country benefitted from various ways of life.  We worked together to learn one language.  We worshipped various religions and managed to work side-by-side.  Yes, our laws required immigrants take an oath and sign their name.  We even had bells that rang as ships from other countries entered Philadelphia. This is how we somewhat controlled immigration.

I’m proud of what our families built but I’m sad to hear the theory that allowing immigrants into our country is bad.  Heck, look at our history.  George Washington and others of our leaders’ families were of British heritage. Even the Spanish explorers settled in California and helped develop the missions there.  Sadly, the various explorers did not understand the Native American cultures and vice versa so we have generated hatred too.

Now we have new problems with immigration.  I truly hope we can work these issues out, as I believe that eventually the new families will work to the benefit of our country too. 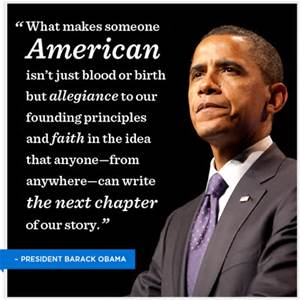 Learn about your family.  What country of origin did your family originally come from in the days of old?  What problems did they face in leaving their country and arriving here? What part did your family play in the development of America?

29 Responses to Immigrants and Ancestry