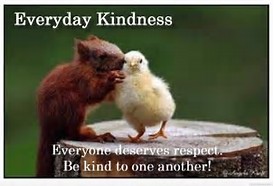 “Everyone should be respected as an individual, but no one idolized.”  Albert Einstein

“We are called to play the good Samaritan on life’s roadside; but that will be only an initial act.  One day the whole Jericho road must be transformed so that men and women will not be beaten and robbed as they make their journey through life.  True compassion is more than flinging a coin to a beggar; it understands that an edifice that produces beggars needs restructuring.”  Martin Luther King, JR.

“If a man be gracious and courteous to strangers, it shows he is a citizen of the world, and that his heart is no island cut off from other lands, but a continent that joins to them.”    Francis Bacon 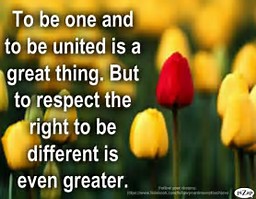 I read news stories and watch the happenings in the world daily where I repeatedly hear about the violence that seems to be ruling us.  Some place along the line fear, anger, and disrespect prominently seem to have taken over the world. WHY?  Why can’t we accept one another?  Why do we have to fight or hurt one another? 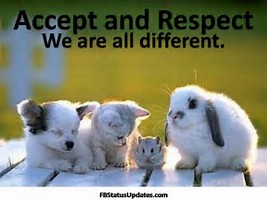 As a child, I was taught to respect different ideas, ideals, and cultures.  Mom said we do not all think alike, and that is OK as I might actually learn something from someone else. If we share ideas and thoughts, imagine the wonderful world we can create. To stop the flow of ideas is to strangle the world and it kills the mindset of the projects we work at developing.

When I took Latin in school, I learned that no language translates exactly, consequently if we work together we can come to an understanding, but we cannot assume that our language or way of doing things is perfect or better than others.  Why force our beliefs on another person?  Look at all the varieties of flowers in the world.  What a glorious garden they create.  If we had only one type of flower blooming around the world, how boring would that be? 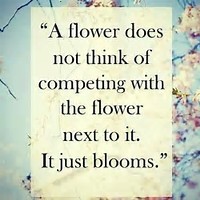 Years ago when I traveled to Europe, I was offended by the ways other Americans acted and treated the people of other countries. Somehow the Americans thought they were better than those people around them.  No one category of people is better than another, as we all have our pluses and minuses.  While in Europe, I LOVED the history, and the cultures that engulfed me. The people were fun, intelligent, curious, helpful, and polite. As I walked around the various towns and attempted to communicate with people who did not speak English, I discovered that the towns’ people were as curious about me as I was about them. What a delight it was to have them work with me so that we could understand one another to accomplish simple tasks, like my attempt to ask questions. 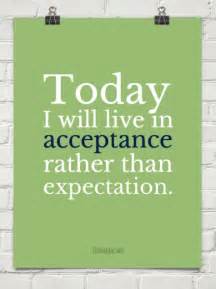 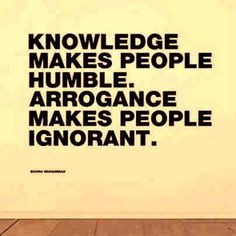 I think the best part of my trip to Europe was a conference I attended as the organization had us play games as teams in order to get to know one another.  There is nothing like sharing a good laugh or working together as a team in order to develop a working relationship and friendships. The conference represented people of all countries around the world.  I found it a delight to work with people whose styles, tastes, and interests were so different from mine.  However our incongruities made us stronger as we worked to forge our dissimilarities.     Try it… you might like it! 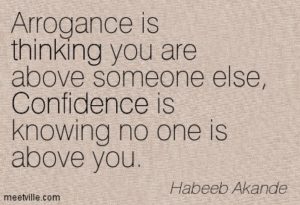 11 Responses to Respect One Another