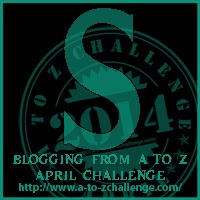 “ He who has been bitten by a snake, fears a piece of string.”   Persian Proverb

“Every great story seems to begin with a snake.”  Nicolas Cage

Have you ever noticed that boys, particularly young boys have a tendency to be very curious about the creepiest things?  Plus, my little boy, Matt, was especially curious about all kinds of snakes.  Besides exploring for garden snakes in my garden and yard, periodically I would take Matt to one of our local pet stores that carried an array of extremely large and foreign snakes for him to view.

Matt would eagerly yank my hand as he raced toward the store after we climbed out of my Volvo station wagon.  He would rush into the store and head straight for the Anacondas and Burmese Pythons to stand in front of the snake cage entranced with his nose pressed to the glass. My little boy conducted a staring contest with the Burmese Python or the Anaconda as they lay in front of Matt. Since the pet store also housed lizards, fish, rats, mice, hamsters, rabbits, and other animals, we would go and spend what seemed hours examining every resident of each cage in the store.

Now, where I love animals, I prefer the four-legged creatures to the reptiles.  Matt, being a little boy, constantly was pressuring mom to get him a snake or lizard.  Nahhhh, I don’t think so!

One day, my little curious boy, was especially enthralled in watching the Burmese Python slither around the cage.  Instead of lying there asleep like usual, the python seemed to be looking for a way out of the cage.  It appeared to be aggressively climbing the window as if it either wanted to eat Matt or convince Matt to take him home with us. Matt and I were completely hypnotized by this monstrous snake as were a few other patrons of the store.

The snake’s slithering movements were making me extremely nervous. I felt a bit as if the snake was working for a hypnotist as I felt he was drawing me closer.  It was as if nothing else existed in the room.  The snake was nearly at the top of his glassed in cage seeking a way out.

Now, keep in mind that I’m tall, my jeans have a 34” inseam and I had on a pair of high heeled shoes.  I had absolutely no concept of what else was taking place in the store.  I was totally and utterly engrossed in this humungous Burmese Python as my little boy pulled me closer.  SUDDENLY I felt fangs bury themselves in my thigh!  I jumped back and screeched!  I was totally convinced that one of these monstrous snakes was now attached to my leg.  How was I going to escape?  I was terrified.  Would anyone be able to help me before I was eaten?

I looked down to see what damage was being done to my leg, only to see this teeny, tiny kitten hanging from my jeans with all four paws.  Evidently, this bitty kitty thought my leg was a climbing post and he had decided to jump as far up the post as he could!  While I reached down to extract the “monster” that had tried to eat me from my leg, the rest of the store patrons were laughing their heads off.  I’m sure they knew exactly what had been going through my mind… that I was dinner for the snake.

Then what does my little boy say, “Mom, can we take the snake home?”  I think that was the fastest exit I ever made from that pet store with my son in hand!

After 20 years of sales and marketing experience in the fields of real estate, high tech, and corporate travel, Gwynn has moved on to the career of “Grandma.” When not teaching her granddaughters an extensive vocabulary of “alley-oop-boop, ups-a-daisy, cowabunga or bummer”, Gwynn can be found hunting for mentors for the Kitsap Youth Mentoring Consortium, or chasing her fantasies on her treadmill. Gwynn currently freelances for magazines.
View all posts by Gwynn Rogers →
This entry was posted in A to Z 2014 Bloggers' Challenge. Bookmark the permalink.